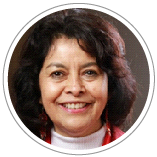 Numerary Associate She
is a Doctor in Social Science with a specialty in Sociology from El Colegio de México. Professor and senior researcher at El Colegio de la Frontera Norte, she belongs to the National System of Researchers, is a member of the editorial boards of the International Journal of Border Security and Immigration Policy of the University of Montreal and of the Journal of Latino-Latin American Studies of the University of Nebraska, and accredited evaluator of the Ibero-American Program of Science and Technology for Developmentfrom Spain. He develops his research work on internal and international labor migration with an emphasis on the northern and southern borders of Mexico, Mexican emigration to the United States and Latin American immigration in Spain. Among his publications are the books Migrations and Borders: New Contours for International Mobility and Migration Flows on the Guatemala-Mexico Border .

He has written articles in the academic journals Papeles de Population , LiminaR-Social and Humanistic Studies , International Migrations , Northern Border , Border Studies and New Anthropology in Mexico; Migrations and International Cooperation in Spain; Labor Gazette in Venezuela; Geodemos in Argentina and The Journal of Latino-Latin American Studies in the United States. In 2009 she was a fellow of The Rockefeller Foundation Bellagio Centerto carry out a research stay in Italy. Between 2000 he took a sabbatical year at the University Institute for Migration Studies at the Universidad Pontificia de Comillas, Madrid. In 2010 he took a second sabbatical year at the University of La Coruña, Spain, collaborating with the Sociology of International Migration Team. 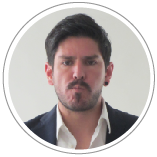 Associate
Permanent Social Anthropologist, specialized in Fund Procurement by the University of New York, is founding Director of the Institute for Research and Social and Cultural Practice AC where he works under the mission of generating conditions for justice and equality in the Mexico-States region. United-Central America through organization, education, advocacy and solidarity.

From the IIPSOCULTA, Marco promoted the creation of the Center for Attention to the Indigenous Migrant Family (CAFAMI), which he directed until 2007; later, he founded the New Haven Workers Association and the New York Construction Workers Union in the United States.

Today, Marco coordinates the construction project of the “Popular Assembly of Migrant Families” in addition to being part of the facilitating team of the PND-Migration Collective and coordinator of the Migrant Action campaign. Through these projects, Marco Antonio has accompanied organizational and service processes in more than 20 states of the country and the United States, which today benefit hundreds of migrants, their families and communities. 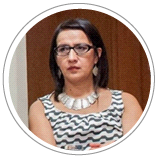 Permanent associate She
is a lawyer who has developed in the public service as Deputy Attorney for Attention to Victims of Crime and Community Services of the Attorney General of the Federal District from where she participated in the elaboration of the Law of Access of Women to a Life Free of Violence. In addition, she was Director of the Truth and Justice Area of ​​the Commission to Prevent and Eradicate Violence against Women in Ciudad Juárez and Chihuahua and investigating visitor for the Human Rights Commission of the Federal District.

She has worked with non-governmental organizations such as the Argentine Forensic Anthropology Team in the Project for the identification of remains of unidentified women murdered in Ciudad Juárez and Chihuahua and in the Border Project, for the creation of a regional committee to search for non-located migrants. and identification of remains. Affidavit participated as a witness in the case of Campo Algodonero (González and Others vs. Mexico) before the Inter-American Court of Human Rights and presented Amicus Curiae also before said body, in the cases of Rosendo Radilla and Inés Fernández Ortega against Mexico. In addition, she collaborated in the hearing on institutional violence against women before the Inter-American Commission on Human Rights. 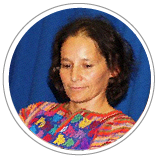 Numerary Associate
She has a degree in Communication Sciences from the Universidad de las Américas Puebla and a teacher in Regional Analysis. She is currently studying for a Doctorate in Social Scientific Studies at ITESO and is a full-time academic at the Department of Social Sciences and head of the Migration Research Program at IBERO Puebla.

She was director of the research Regional Identity and Local Development: The impact of international migration in the Mixteca Poblana. He participated in the project: Intraregional Migration. The case of Mexico, Guatemala and El Salvador, recently, she was a researcher for the Transnational Communities: The Puebla-New York Case project, funded by the Rockefeller Foundation.

The main lines of research that she works on are: Identities, social imaginaries and migration; Development, poverty and migration; New territorialities and social networks. He has linked his research work to participation with civil society organizations. He is a member of the Migrations Forum in Mexico and actively participates in the Regional Network of Civil Organizations on migration.

He has participated in International Forums on the Rights of Migrants, representing Mexico at the Hemispheric Conference on Migration in Santiago de Chile; at the Forum on Migration for South America in Quito, Ecuador; in Meetings of the Network of Civil Organizations for Migration. He has also been present in meetings with the UN Rapporteur on Human Rights of Migrants, representing the Migration Forum of Mexico. He is currently participating with the Jesuit Service for Migration in Central America and Mexico. 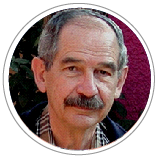 He is fully dedicated to the care of the most vulnerable migrants since 2000. He is currently Director of the Jesuit Network with Migrants from Latin America and the Caribbean; Member of the Steering Committee of the Shelter for Migrants in Tierra Blanca, Veracruz; Member of the Management Team of the Ignatian Global Network of Advocacy on Migration. 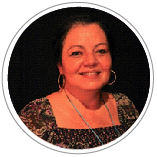 She is a researcher on the issue of migration and is Founder and Executive Director of the Central American Institute for Social Studies and Development (INCEDES) since 2005. Between 2005 and 2007, she coordinated the project: Social Observatory of International Migrations from the Perspective of the Communities of origin in Guatemala. She has also been Co-Principal Investigator in studies on Guatemalan migration carried out in the United States (Florida University and Emory University) and is part of the research team of the study: Remittances, migration and transnational development: Atlanta GA and Guatemala (Emory University) .

He participates in various projects for the management of migration policies both in Mexico and in Guatemala and Central America and is part of the Technical Secretariat of the Regional Parliamentary Council on Migration (COPAREM).

He has published publications related to the subject of international migration, human rights and development, in Guatemala, Mexico, Spain and the United States. 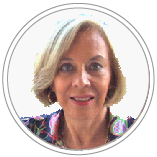 Permanent Associate She
is an economist with a long career in public administration and in recent years she has worked as an independent consultant and researcher on issues related to the labor market.

Among other positions, he held the Head of the Secretariat of the Comptroller and Administrative Development, Undersecretary of Labor and Social Welfare, President of the National Minimum Wages Commission. She led the Mexican delegation in the negotiation of the Labor Agreement with North America and served as Technical Secretary of the Pact for Stability and Growth.

She has been an external consultant for governments and international organizations such as the World Bank, the IDB, the OECD, ECLAC, the ILO, among others, in labor market studies. He has advised on the organization of labor ministries, social dialogue processes between the government and the social partners, advice and analysis of international labor agreements, as well as analysis of active employment policies. In 2012 he had the honor of presiding over the UNAM Board of Trustees. 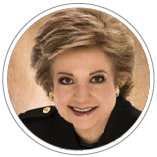 Numerary Associate
She has a degree in Psychology from the Anahuac University with an honorable mention and has a Specialization in Neuropsychology. He has a postgraduate degree in Social Anthropology from the Universidad Iberoamericana. She has been a full-time teacher at her alma Mater in subjects such as neuroanatomy, neurophysiology, cognitive processes and psychophysiology of language, as well as a researcher, as she was also at the UNAM and the Ibero-American University. He directed more than 20 theses in the area of ​​neuropsychology.

Her career in the media began with her participation as a psychologist, gradually turning to the work of information and journalistic analysis as host of various radio, television and written press spaces.

Specialist in issues of social communication and political propaganda. Communicologist with extensive experience in radio, television and print media. Candidate for the DF Government for the Social Democratic party in 2000.

She is currently Director of Communication and Public Relations of the consultancy Rapid Response Group and collaborator and political analyst in the Eduardo Ruiz Healy Program at Grupo Fórmula . She is the author of the popular science texts “ What hyenas laugh about ”, “ De brains and marrow ” and “ Because extraterrestrials are shy ” for Planeta editorial. As well as the books “¿Yo soy? That I don’t know-Tribute to Miguel González Avelar ” ,“ Of conspiracies, ambitions and elections ”and“ All against the PRI ”.

She has received numerous awards and lectured as a psychologist and journalist at universities and academic institutions in Mexico and Latin America.