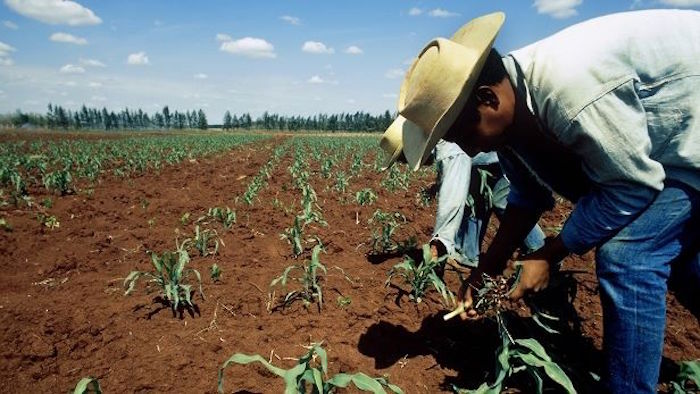 Mexico DF When mention is made of the migration issue between Mexico and the United States, the first thing that comes to mind are the people who cross the border in an undocumented way, as well as the violations of their human rights once they are in the United States.

However, workers seeking to reach the United States through a work visa are also exposed to human rights violations, both in the recruitment process to obtain a job and a visa, and when arriving in the United States to work generally in poor conditions.

In this sense, on December 7, 2015, the campaign “Before paying for a visa, Ask, Point and Verify” was launched by the  Regional Initiative on Labor Mobility (INILAB) , formed by a group of organizations from civil society, this campaign aims to prevent fraud in the recruitment of migrant workers.

Since 2013, ProDESC has specifically accompanied the creation of the Coalition of Sinaloan Temporary Migrant Workers, located in the community of Topolobampo, Sinaloa, where 60% of the economically active population works year after year in the United States under the system of H-2A and H-2B visas for agricultural and non-agricultural jobs, respectively.

Although the organizational effort of the Coalition is an important step for the empowerment of temporary migrant workers, since it is the first organization of its kind recognized by the Mexican State under the figure of a coalition, it is also necessary to pay for other efforts. to consolidate a comprehensive defense.

It is important to emphasize the need to build effective mechanisms for access to justice for temporary migrant workers. Undoubtedly, these mechanisms must have a transnational component, since the efforts of the country of origin will be of little use if they are not supported in the country of destination, and vice versa.

It is from this perspective that it is essential to be part of a diverse group of civil society organizations that work on the same issue, not only at the national level, but also at the regional level. INILAB avoids duplicating efforts and, instead, invites us to join a common goal from a transnational perspective.

Finally, it is worth recalling the importance of the campaign launched by INILAB, “Before paying for a visa, Ask, Point and Verify.” Undoubtedly, access to information and documentation of human rights violations is vital to pay for access to justice for more than 133 thousand Mexican men and women working under this visa scheme.

INEDIM – Institute of Studies and Dissemination on Migration Website Back